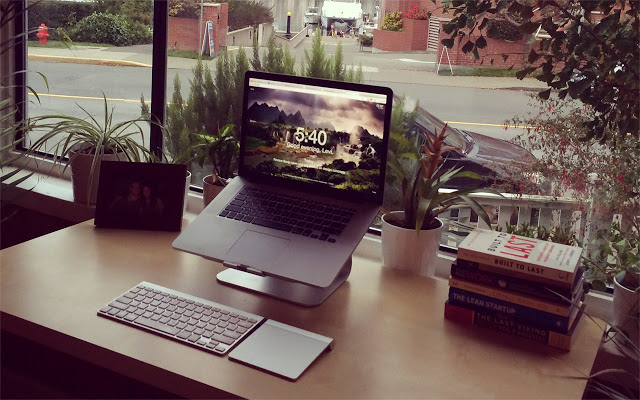 Important Goings On In August

August is a notoriously slow month for Kindle Publishing. This always leads to a drop in sales and income from July. Most Kindle Publishers attribute this to people going on holiday. I publish nonfiction books. I imagine fiction publishers see a jump in sales in August due to customers buying books to read by the pool on holiday. The drop this year wasn’t as bad as the drop in August last year. Due to me only started a few months before my income dropped to almost nothing. If you have just started in Kindle Publishing, Createspace and ACX you need to be aware that January and August are always slow months and your income will likely drop.

I’ve also not published any new books since the beginning of June which I talked about in my last income report. I was using a writing service but they became unreliable so I hired 3 writers on Upwork and they ended up being worse. I have yet to see one book after nearly 2 months of waiting, and the quality of the other two books is less than desired. But I have found another couple of writers who seem to be good. So I’m pushing on with this side of my business and you should see it jumping back up in the next couple of months.

On the bright side sales have really started picking up on Redbubble, Teespring and Teepublic. Obviously I’m super happy about this and it has partly made up for the drop in sales in August. I have seen online that Amazon has started letting people into Merch By Amazon again. So hopefully they let me in soon and I can really get going with print on demand apparel. I would like at least a quarter of my income to come from this side of my business by January 2016. The thing I most is once the design is up it is completely passive. There is no maintenance like what happens with Kindle Publishing.

August was also the first month I made my foray into ACX. Audiobook Creation Exchange (ACX) is a marketplace for professional narrators, authors, agents, publishers and rights holders to connect and create audiobooks. So you create an Audiobook and ACX publishes the book on Amazon, Audible and iTunes. I published by first audiobook about a week ago and I’ve already had 6 sales. So I’ve already ordered my next book to be turned into an audiobook to try and grow this income more.

The majority of the money I make online comes from Kindle Publishing. Some also comes from Createspace, ACX and a small amount comes from selling print on demand T-shirts on sites like Merch By Amazon, Redbubble and Teespring. Plus some small affiliate earnings. 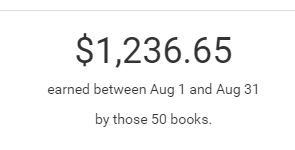 Note: I take this screenshot before the end of the day so I will get more sales as I get most during the night then get reported here. I don’t want to stay up until 5AM to take a screenshot.

Note: I’ve only just start selling t shirts I’ve not even been given access to Merch By Amazon yet. All my sales have come from Redbubble, Teepublic and Teespring.

I need to get my issues with writers sorted out and get back consistently releasing one book a week. August is a slow month but that is no excuse for letting my income slide so much. I earned almost $150 from t-shirt sales and another $18 from ACX so that is very encouraging. Onwards and upwards.